NOTE: As I transition my art efforts to this TMPixArt blog from my personal blog at TracyRuckman.com, I will be sharing art posts that were originally published on that site earlier this year. While the posts may be duplicates, my body of art, and the body of art created by my guests has grown and expanded. Because of this, I invite you to visit their websites and explore their art even if you read the blog post previously - you might be surprised to find a new favorite somewhere along the way!

Today's featured artist, Corinne Danzl, caught my eye with some fish. Those who know me know that I'm a sucker for fish and frogs.

Corinne, welcome to my blog. I'm excited to share your art with our readers - your work is more fascinating than I imagined!

What type of art do you create?

I create Gyotaku artworks. Gyotaku is the combination of two Japanese words – Gyo which means ‘fish’ and Taku which means ‘rubbing.’ Gyotaku was developed by Japanese fisherman, around 200 years ago, long before photography, as a way of recording and documenting some of the fish species that they caught. As the name implies
Gyotaku involves fish and rubbing to create an impression on paper of the subject. 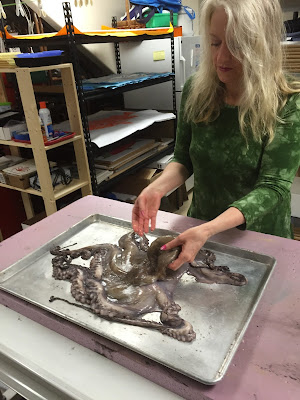 I don’t limit myself to just using fish. One of my favorite subjects to work with are octopodes. Since I’ve never accidentally caught an octopus, while fishing, my husband Keith decided to order me a couple from a seafood market in Seattle. They were flown up to our home in Seward, Alaska, frozen. Once thawed I was able to make some beautiful works of art with them. I’ve also created Gyotaku artworks using squid, Dungeness and King crabs, and bear paws.

For my bear paw artworks, I use castings made from the paws of an actual Kodiak brown bear. I purchased the castings from a taxidermist in Anchorage, which is two hours away from our home.

How did you get started creating this particular type of art?

I was artistically inclined as a child and teen and was always sketching. Consequently, I
was often told by others that I should “be an artist” when I grew up. I had absolutely no intention of being an artist when I grew up; the reason being that “starving” and “artist” were synonymous in my mind. I planned on having a good paying job, not one where I was barely scraping by.

Fast forward to the age of 48. After 15 years working for the US Postal Service and 4 ½ years at a bank, I was 7 ½ years into my state job as a correctional officer at Alaska’s only (at that time) maximum security men’s prison. Keith also worked there and was a year away from reaching his 20 year retirement date.

Keith wasn’t particularly comfortable with me working at the prison and had been trying to talk me into quitting for a couple of years. Finally, one night I decided to pray about it. I asked God to please give me a concrete sign to quit my job if that was what He wanted me to. A sign I couldn’t ignore.

I went to bed that night thinking that if it was God’s will for me to quit maybe I’d have some really cool, prophetic dream telling me as much. But no. I woke up the next morning not having dreamt anything special. However, the very first words out of Keith’s mouth were, “Are you going to quit?” I started to pull out my standard argument when I felt an inner nudge. It was as if the Holy Spirit were saying, “Hey! You asked for this. No more arguing!”

Keith was shocked when I reluctantly said, “Ok. But can you give me just one day? I’ll put in my two weeks’ notice tomorrow.” 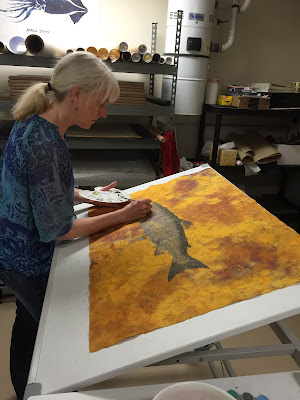 After quitting I surprisingly didn’t miss work one bit! I quit in June and had a wonderful time getting in more hiking and fishing than usual that summer. Fall arrived and with it came bird hunting and berry picking season. Then before I knew it winter had arrived along with ice-fishing. I was out on the ice literally every single day fishing to my heart’s content. It was awesome!

When June rolled around again I got to thinking that as fun as not working was I was too young to officially retire. Money had always been something I was concerned about; having grown up without it. I didn’t want to have fun for a while and then wind up paying for it later when I was older and was less employable. So once again I petitioned God. This time I asked him for a job that wasn’t necessarily full time but was something that I would enjoy doing and that I could earn a little money at.

A day or two after submitting my online application to the National Park Service, I received an e-mail from an artist acquaintance of mine. She had a wholesale Gyotaku art print business. I’d known her for close to twenty years and although I liked her we didn’t particularly know each other very well. She also worked out at the prison with Keith and me, but on the opposite rotation so I rarely saw her.

Her e-mail said she was looking to pass her business onto someone and she wanted me to have it. I was familiar with her artwork, liked it, and had a concept of how it was done. I couldn’t imagine why she’d be offering it to me, however, and wanted absolutely nothing to do with it, but I couldn’t bring myself to tell her that. Instead I put her off by suggesting that we (me, Keith, and her) sit down and discuss it. For some reason I thought it’d be easier to tell her no in person.

When we met, she explained that I was the only person she wanted to pass her business to because she thought it would be the perfect business for me.

The only money she wanted for the business was just what she had in inventory, but was in no hurry to get paid for that. The cost of the inventory wasn’t the problem. The problem was that I still wasn’t interested in taking over an art business, but rather than coming right out and saying so, I stalled again. I said, “Let Keith and I go home and discuss this further, and then we’ll get back to you.” I turned to Keith, to get his confirmation, but instead - and he’s never done this before or since – he threw me under the bus by saying, “What is there to talk about!?”

So that’s how I, a woman who had never painted before, became a Gyotaku artist. Painting in the eyes on a fish rub absolutely terrified me at first, but now that’s one of the things I enjoy the most. I feel like my eyes give “life” to my fish.

I belatedly realized that this business was God’s answer to my prayer. After decades of artistic dormancy, I was once again experiencing the joy that creativity brings.

Since taking over my friend’s original business, back in January of 2015, I have expanded it to include art cards, fine art Giclees on metal, gallery wrapped canvases and many original works of art. All of which are available for purchase on my official artist website Ink Goes Wild Alaska. My website also includes the link to my online Zazzle store of the same name.

My Zazzle store, coupled with Photoshop, has allowed me to take my works of art to the next level by using them to create an endless host of wonderful and creative merchandise designs. Who knew “retirement” could be so much fun?

I’m eternally grateful to my Heavenly Father for knowing me better than I know myself and for not letting me get in the way – try as I might – of what He knows is best for me.

Tell us the story behind one of your favorite creations. 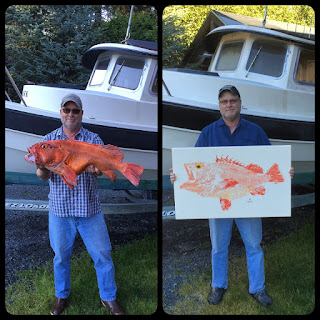 That would have to be the very big, very old, yelloweye rockfish that Keith caught in the summer of 2015 on one of the few times he happened to go out deep sea fishing without me. I’m the fishing fiend. Keith’s not nearly as wild about it as I am. I can’t remember exactly why I passed on going out that day on Resurrection Bay with him and our son, but I was home when I got text from him showing him holding up the biggest yelloweye rockfish I’d EVER seen! Needless to say that fish has been immortalized through my artwork. 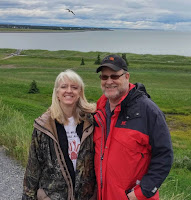 Corinne grew up in California going to church on Sundays and fishing with her maternal grandfather as often as he’d take her. In 1992 she came up to Alaska on vacation. She moved up permanently 11 months later settling in Seward where her love of the outdoors and fishing could be indulged on a daily basis. 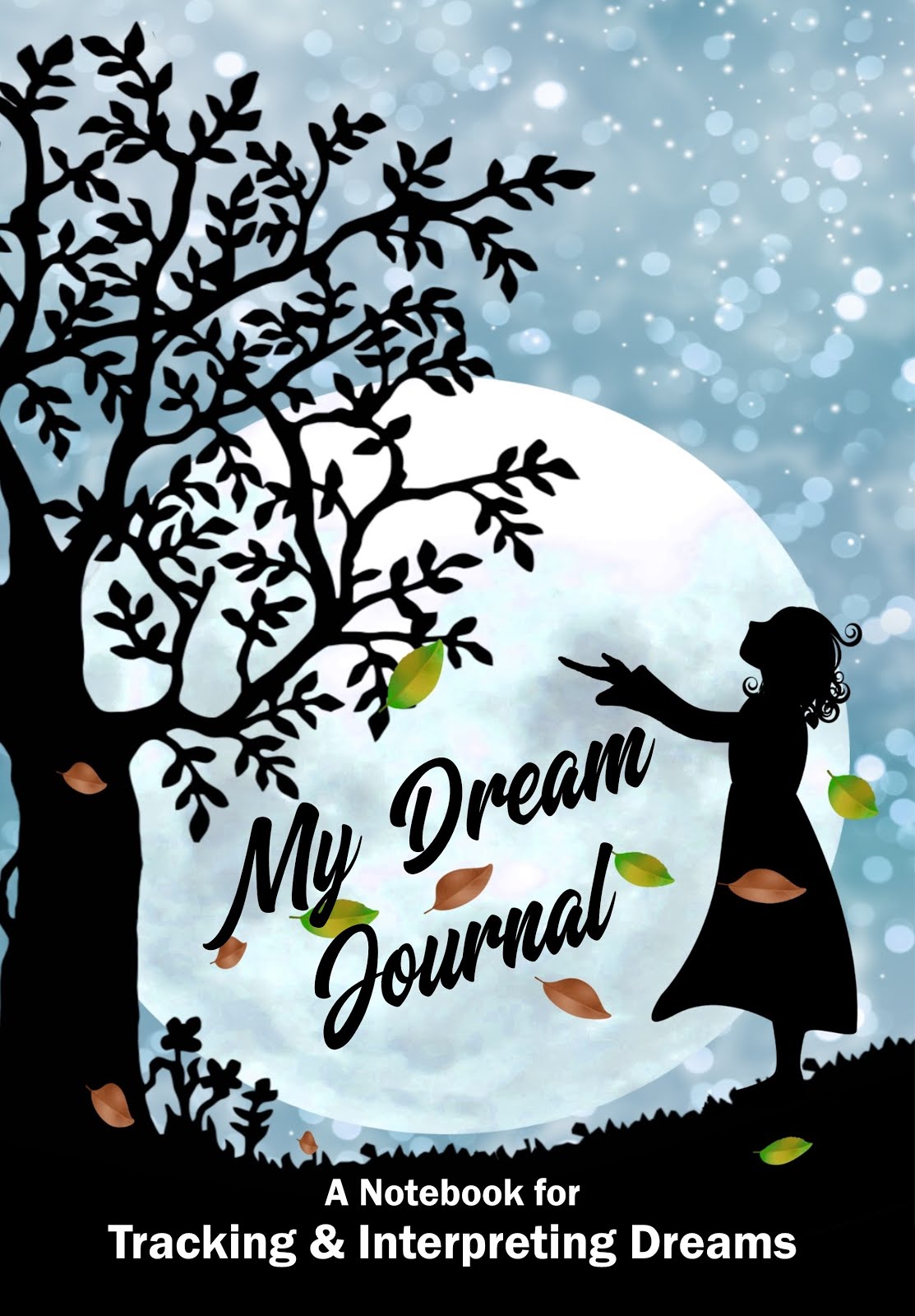 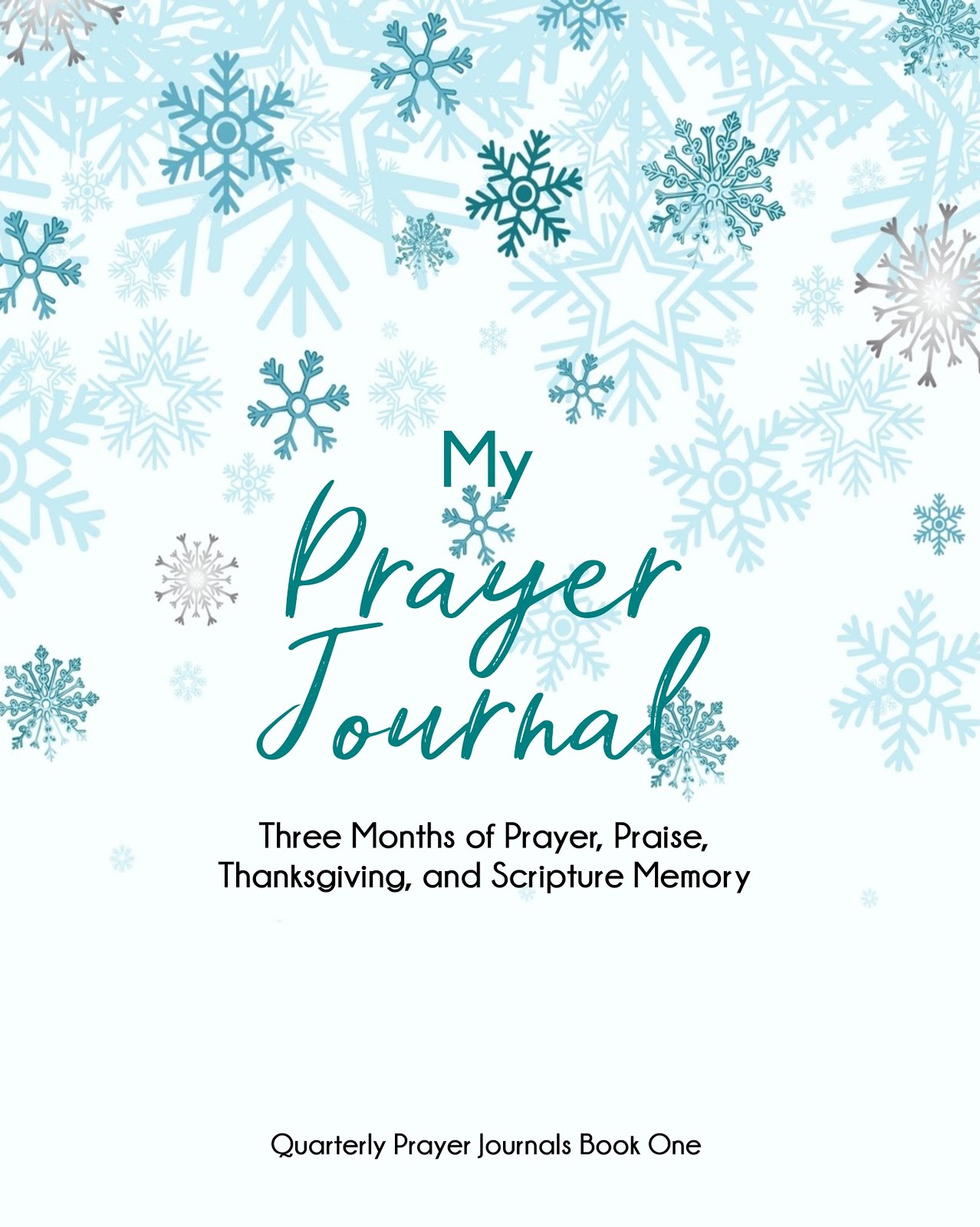 Quarterly Journal, One for Each Season 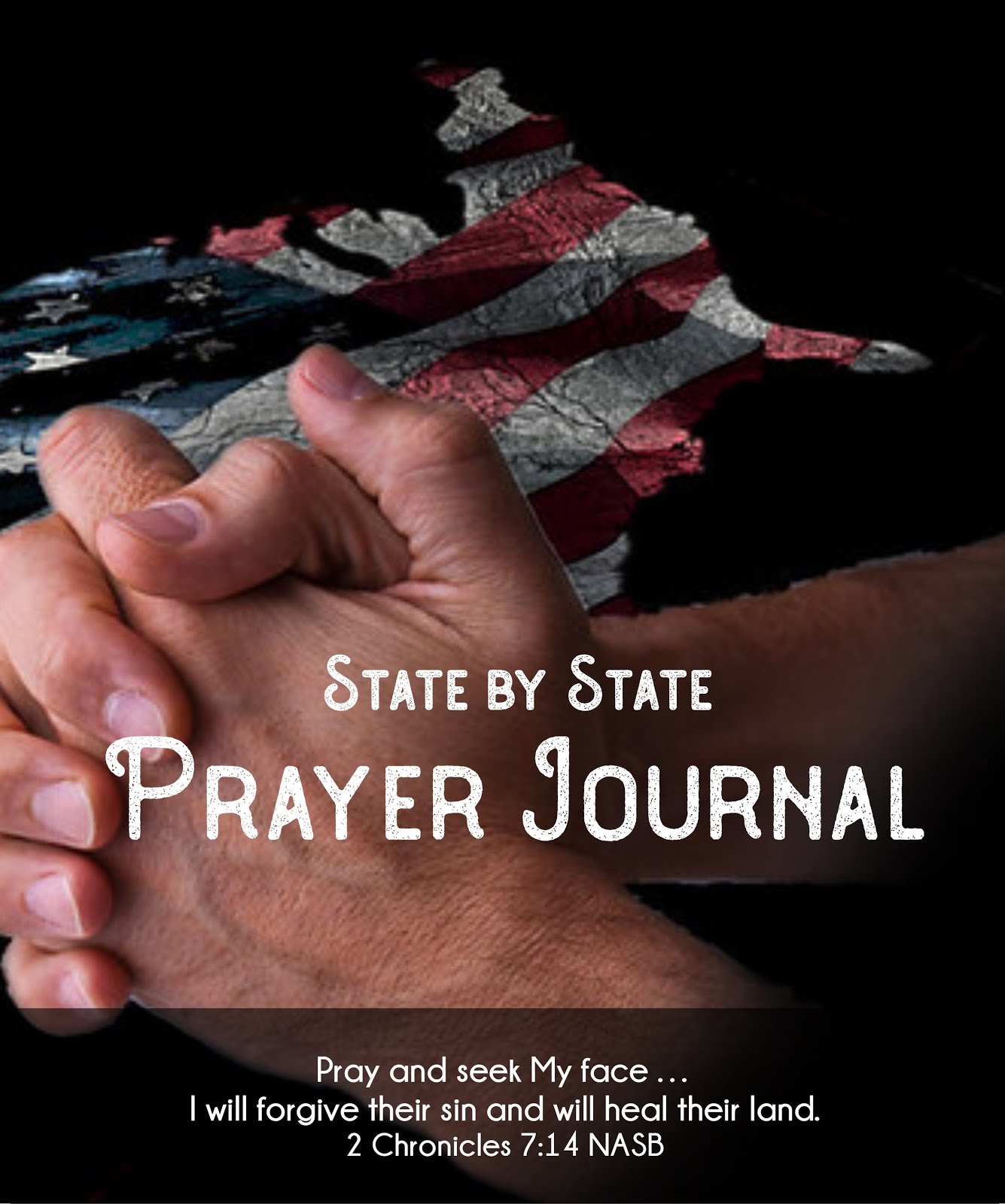 Jot it Down Camping Journal 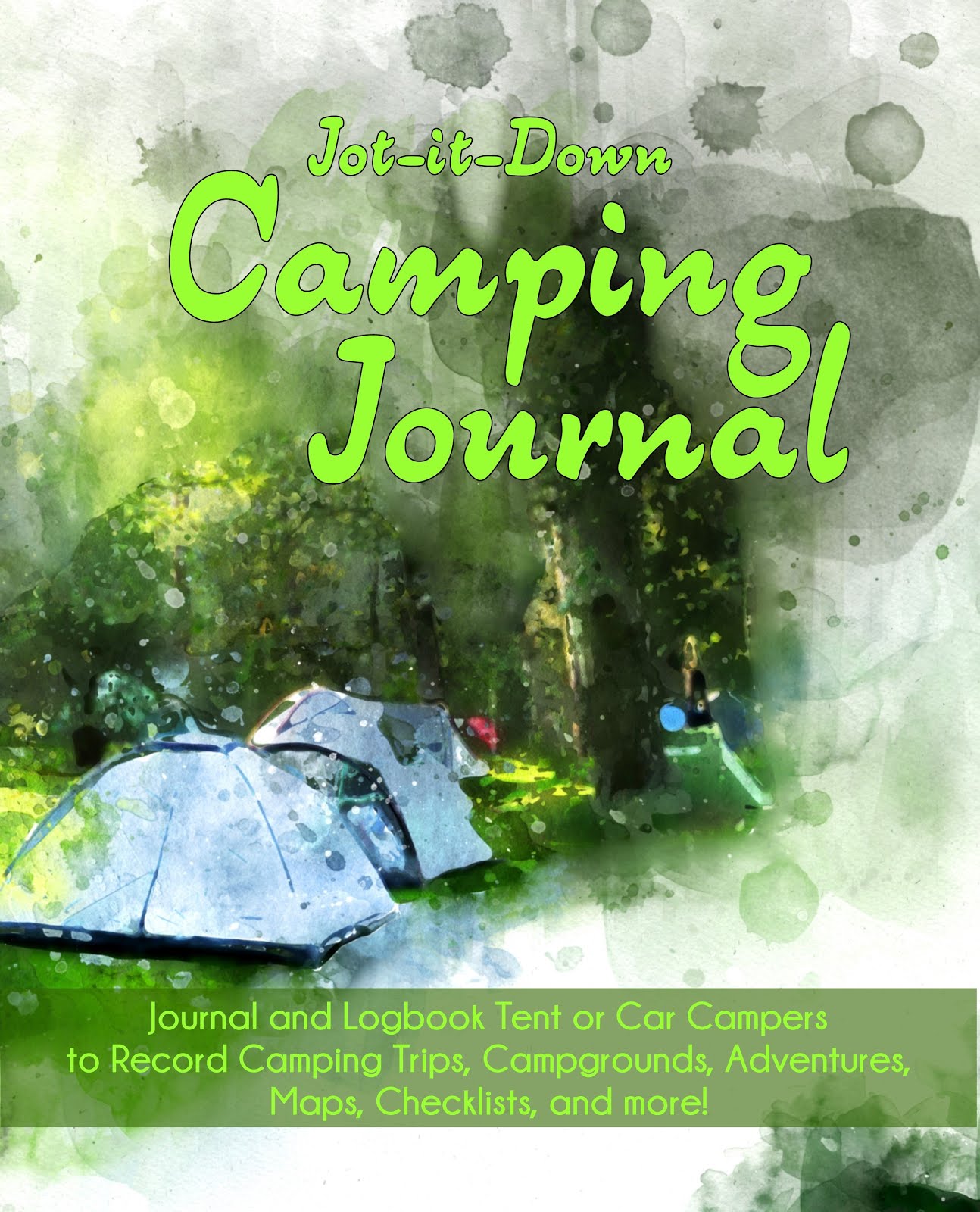 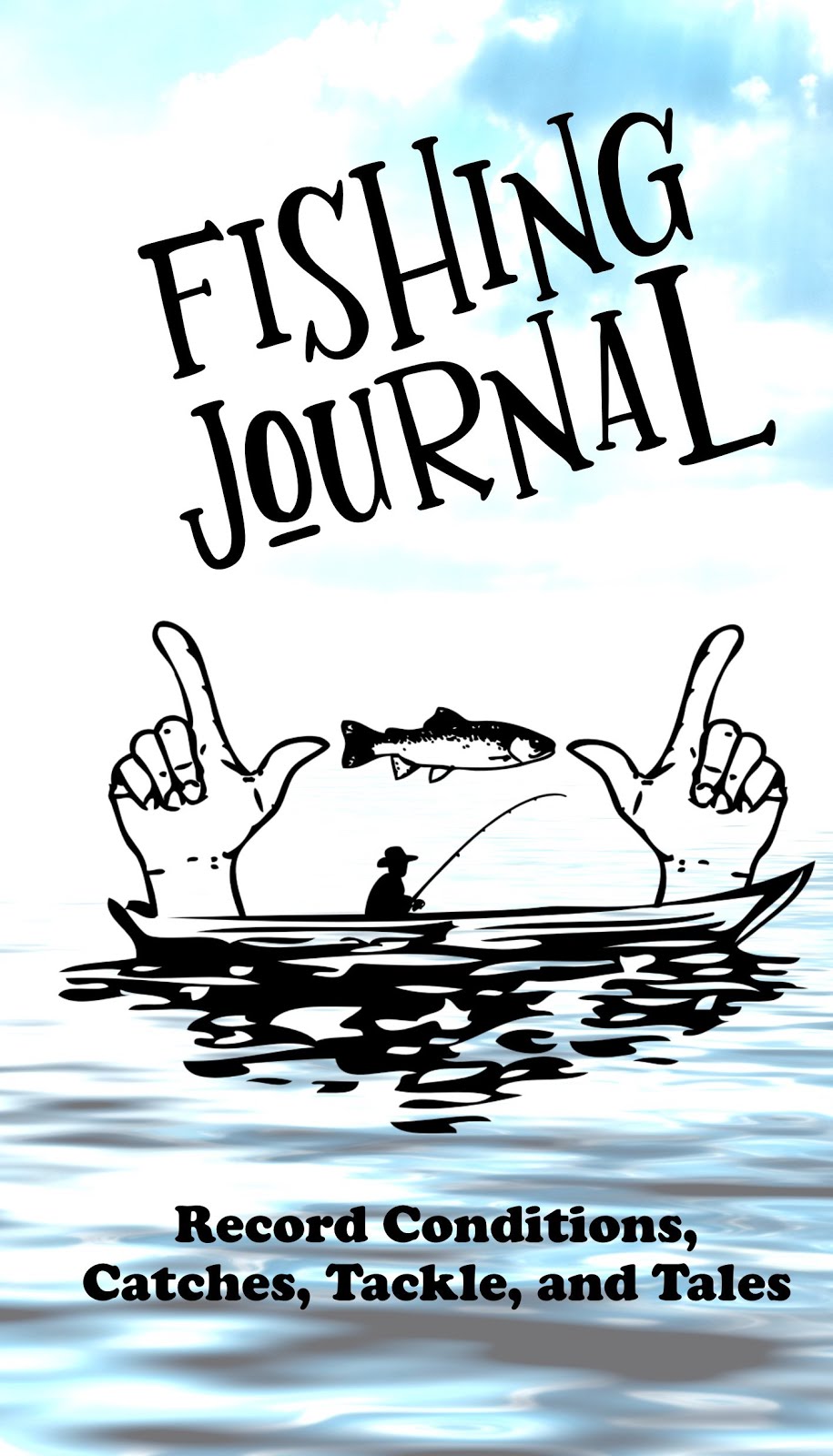 I now use affiliate links on this site, which means that, at no additional cost to you, I may earn a commission if you click through and make a purchase. Thank you! 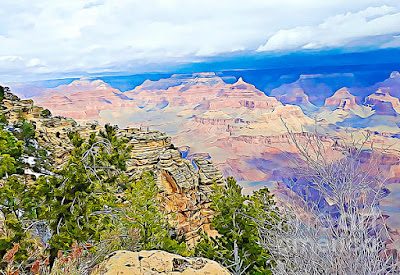